How our Ambassadors continue to inspire in crisis times

Within only days, the world has changed. We are getting used to new terminologies, such as 1,5 m society as most parts of our everyday life are undergoing big developments.
One of the segments that were hit hard by the outbreak and the containment measures is the service-based Horeca industry. As a supplier to exactly this industry, we stood close, offered our support, and were amazed by the moral, the creativity, and the mutual support of the people who work in the kitchens and bars of the world. As we are slowly overcoming the crisis, and bars and restaurants are re-opening in many European countries, we want to highlight the inspirational activities of some of our ambassadors throughout the last months.

From Gourmet to Meal Production for the Homeless 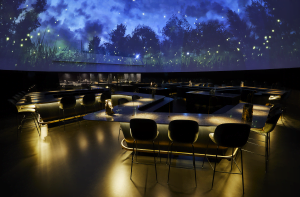 Rasmus Munk, one of the most exciting characters of international cuisine and owner of ground-breaking restaurant Alchemist is not only known for his concept of “holistic cuisine”, but he is also very engaged in social and environmental questions. This again showed, when he brought to life a new project that started taking off, as soon as his kitchens were closed for guests by the corona regulations in Denmark. In times, where most business owners naturally and understandably were fearing for their own economic well being, Rasmus shed light onto those, who probably suffer the most and who were in his immediate reach: the homeless people in and around Copenhagen.

It all started with a revolutionary Call to Action, sent out by Rasmus himself on his social media channels. “I now have 4 kitchens that are not being used, and a lot of spare time, so it’s time to get my project JunkFood up and running!”

The idea of coming up with a meal production for homeless people in Denmark derived from his understanding that with the outbreak, homeless shelters were filling rapidly, and many people were left without shelter or food. That is why, the Alchemist crew transformed overnight from meticulously assembling artful creations, to pushing out 500-600 meals every day, to feed the ones in need.

From the Bar to the Mailboxes of Europe 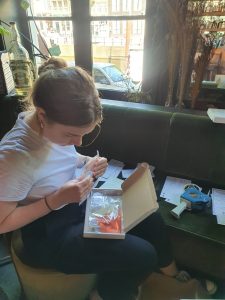 This idea just shows the level of creativity and problem-solving skills of Tess and Timo, our Ambassadors, and experts on ice and ice machines.
During a webinar, Tess explained: “It is difficult for an entire industry worldwide. We are lucky that we made sure to have saved. They say in good times, make sure to put money back for bad times. That is what we did, and it helped to overcome these months.

Flying Dutchman is a very small and cozy bar, distancing rules are difficult to maintain.” But this didn’t stop Tess and Timo to bring joy to Amsterdam’s quarantined population, as they started offering their famous cocktails via uber eats. Orders were pouring in, and the demand increased, even outside of Amsterdam. So, they came up with a wider, bigger concept. Flying Dutchman “Home Cocktails”, basically DIY Cocktail sets, consisting of 3 different cocktails, including instructions and garnish for home delivery all over Europe. Who would have thought, that this will turn out as great initiative, especially for those, who didn’t have the opportunity to visit highly awarded Flying Dutchman Cocktails in the heart of Amsterdam? Within just days, Tess and Timo designed packaging, elaborated order, and distribution channels and made those who dearly missed their After-Work- Cocktails very happy.

But that is not all. Before the outbreak of Covid-19, the duo planned to open their second bar, Dutch Courage, holding dutch specialties such as Genever and Korenwijn. However, when the closing of all service-based Horeca businesses was announced until further notice, it came as a great shock for the entire crew, as the opening date was set for mid-April. But as we know Tess and Timo, this didn’t stop them to put extra work into their new baby. Instead, they carried on with the planned renovations, strictly following the corona measures, so that as soon as the ban is lifted, Dutch Courage would be able to welcome its first guests. With Dutch Courage, Tess and Timo wanted to pay homage to the old dutch distilling tradition, highlighting original spirits such as Genever. Especially Tess has developed a deep interest and expertise on the topic of Genever, which she shares on her page.

As we are approaching the relaxation of the Horeca bans, and the European population slowly returns back to live, we are getting a better understanding of the impacts of the last months. Surely, the impact was hard, and many businesses are closing or suffering immense financial issues. The industry has demonstrated true companionship, forgetting competition for the time being. We, as suppliers are impressed and proud to be part of this industry, who continued to enrich people’s lives in isolation with their creativity and stamina to overcome this crisis together.

You can find out more about which cookies we are using here, or switch them off in settings.

When you visit our website or receive a newsletter from us, we collect information via cookies and other techniques. Cookies are small, simple text files that save to your computer or mobile device when you visit our website. The other techniques we use are JavaScript and web beacons. These are standard internet techniques along with cookies to ensure that a system can collect information (Java Scripts), can store this in small, simple text files (cookies) and then can send (web beacons).

We collect the following information (this list is not exhaustive): Internet Protocol (IP) Address; Browser type and Version; Geolocation; Clicking-behaviour. We collect this information for functional and analytical purposes.

Certain cookies can also be placed by a third party, for example Google Analytics to measure the use of the website (this are so called third party cookies). If you don’t want a website to place cookies on your computer, you can change the settings of your browser accordingly.

Strictly Necessary Cookie should be enabled at all times so that we can save your preferences for cookie settings.

If you disable this cookie, we will not be able to save your preferences. This means that every time you visit this website you will need to enable or disable cookies again.

This website uses Google Analytics to collect anonymous information such as the number of visitors to the site, and the most popular pages.

Please enable Strictly Necessary Cookies first so that we can save your preferences!